Why I'm running for City Treasurer

I care about our City. That’s why I have served the City of Torrance now for over 16 years, initially on several Commissions, and now for almost 8 years on City Council. And I want to continue to serve our City.

In early 2018, our City Manager brought to the attention of Council a significant list of problems happening in the City Treasurer’s office. We as a Council took action to try to protect the City by transferring a significant portion of the Treasurer’s job duties to the Finance Department, and we reduced the wages paid to the City Treasurer by half, commensurate with the reduction in job duties. Had this position been appointed, we would have likely terminated the current Treasurer, but being elected, that option was not available, as only the voters can remove an elected official. I was, and have been, the most outspoken Councilmember about these ongoing issues, and decided to take matters into my own hands and decided, rather than just talk about it, I would solve this problem myself by running to replace the current Treasurer and filed to do so in April of 2021, over 1 year ago. 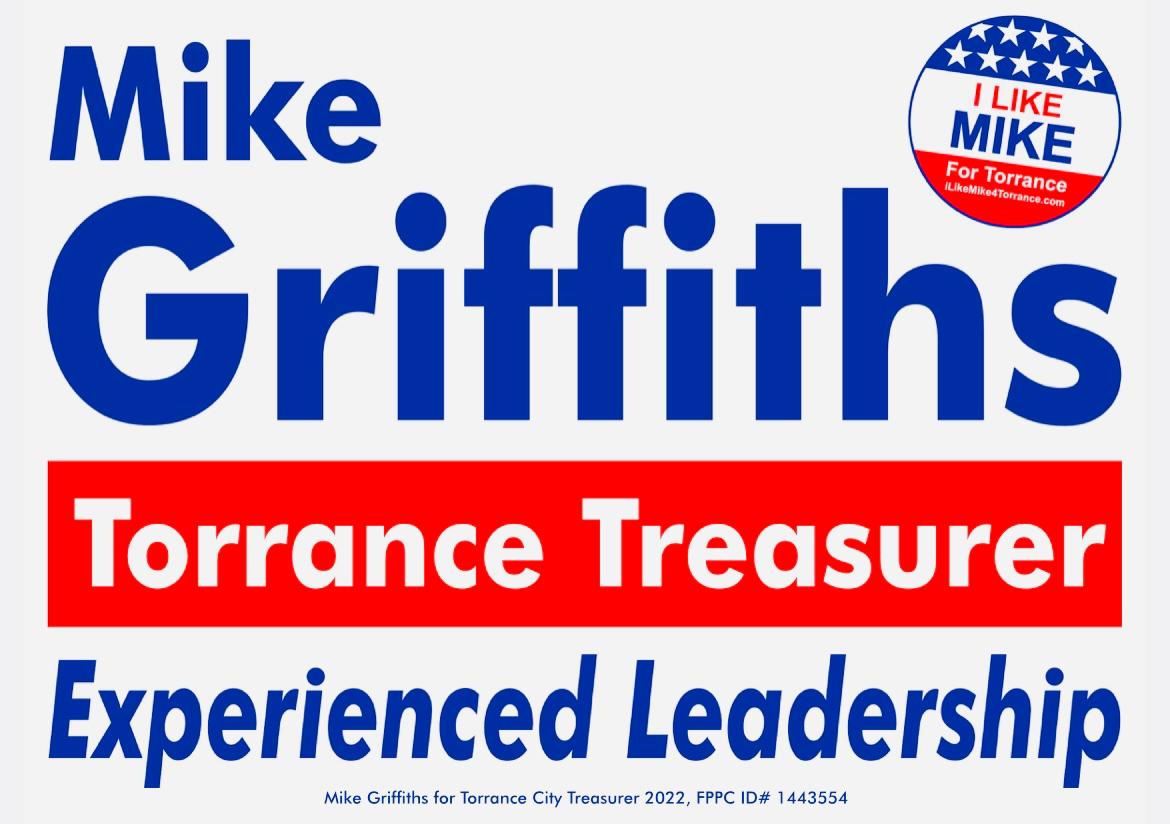 Experience - My experience comes from 15 years as CEO and Chief Financial Officer of my own, multi-million$ computer business which I grew and successfully sold. Managing the finances of the company as well as the employees, gives me the skills needed to manage the Treasurer’s duties and office. Also, in my 8 years on City Council, I have reviewed, questioned and approved monthly Treasurer investment reports and annual investment policy documents.

Dependability – In almost 8 years on council, I’ve only missed 2 Council meetings. And roughly the same for my 8+ years prior as a commissioner. The only time I’ve resigned from a position was to take a new position.

Respectability - As an elected official who has a demonstrated history of caring for our Community, and repeated confidence of the voters, I’ve proven you can count on me, and I won’t embarrass our City.

Integrity - I have a proven track record as your Councilmember of upholding the highest level of ethics and integrity.

Lastly, people constantly ask me, ‘why run for Treasurer and not for Mayor?’.  After the unexpected loss of my oldest son in May 2020, I made the decision that I do want to continue to serve our City, I do want to solve a big ongoing problem in the Treasurer’s office, and yet return some balance to my personal life that being Mayor or even Councilmember would not afford.

Thank you for taking the time to learn more about me and why I'm running!

A native Southern Californian, I have lived in Torrance for 38 years.  I raised two sons, who both attended Torrance Public Schools from Kindergarten to graduation from South High. Their participation in programs like AYSO soccer, Little League and School Band made an important difference in their lives, so I am forever grateful for this city and this community.

I love Torrance, it’s such a great place to live.  We have vibrant businesses, excellent schools, safe neighborhoods, and friendly people who care about our community. In 1986, I started my own Computer Systems and Networking business here in Torrance, which, after almost 15 years of growth, I sold in 2000, just prior to the so-called ‘dot-com’ crash. Being a business owner and employer has helped me understand the challenges local business owners face every day.

Over the past 23 years, I have devoted myself to volunteer community service in an effort to give something back to this community, which has given so much to me. I want to see our City remain a vibrant place, a place that people want to live, work, and shop.

I was sworn in to the Torrance City Council on August 12, 2014. My community service includes volunteering for the City as a Commissioner on multiple Commissions and I now serve on the boards of the Torrance-South Bay YMCA and the Torrance Salvation Army, where I am also currently the Board Chair.

Prior to becoming a City Councilmember, I served on the Torrance Planning Commission, and previously served 8 years on the Environmental Quality and Energy Conservation Commission, the last 3 years of which I served as Chairperson.

I began volunteering with the Torrance South-Bay YMCA 22 years ago, and now serve on their Board of Managers.  For each the last 10 years, I have lead nearly 300 volunteers conducting the annual YMCA community support campaign. During these campaigns, we have helped raise millions of dollars, which stays right here in our community to serve those who otherwise could not afford the valuable programs that the Y offers, such as senior meals and programs, swim lessons, summer camps, and childcare, just to name a few.

As my children attended Torrance schools, I volunteered on the band board, graduation committee, was a regular field trip chaperon and many other volunteer positions.

I also was fortunate enough to have had the time to be the primary caretaker for both of my parents as they each fought, and ultimately lost their battles against cancer. This process probably taught me more than all my years of school and work combined, strengthening my skills including patience, compassion, and dedication.